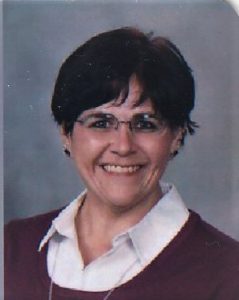 When most people hear the word mental illness, a depressed and unstable person immediately comes to mind. But unlike the stereotypical belief, people who have mental illnesses deal with far more than anyone can imagine.†

Take Tina Reisner, who is doing her second semester of Registered Nurse training at RCTC.†

Reisner first encountered situational depression when she was going through a divorce. She was medicated for two years and once she went off the medication, she began spiraling out of control. In May 2017, she was hospitalized for attempting suicide and went through the process of finding the right medication.†

Reisner said that she didnít realize the number of people sheíd lose in her journey of recovery because people she thought would always be there just walked away. The path was long with constant changes in medication and fear of becoming isolated, but Reisner overcame the obstacles with help from her father, who persuaded her to step out of her comfort zone little by little.†

She also spoke highly of Deb Vang in the RCTC counseling office who gave her outside referrals and who greeted her whenever she saw her around the school.†

ìItís easier to say, ëI have cancer or tonsillitis or any other disease, but itís so much harder to say I have depression,íî Reisner says, who believes that people need to be more vocal about mental illness. ìIf me speaking out helps even one person, then itís worth it.î

She didnít think sheíd live to be 16 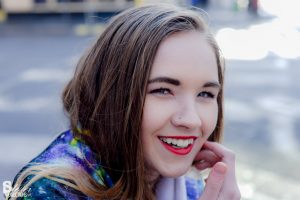 For most of us, age is just a stepping point to the next phase in life. But Mikayla Brainard didnít even think sheíd live to be 16, much less go to college.†

When she was 10 years old, Brainard was diagnosed with depression, anxiety and PTSD as a result of a family member who abused her. She began self-harming in the sixth grade and also made her first suicide attempt. In seventh grade, she had three suicide attempts within three months of each other, and this led to her being sent to a rehab facility. Fortunately, she hasnít had any other attempts since ninth grade.†

ìItís pretty cool to see where I am now,î Brainard said. ìIíve definitely made a lot of progress, which is something I thought Iíd never do.î†

She was a recipient of the Beat the Odds scholarship in 2017 and found it nice to express herself around campus. She wanted to share her story to spread awareness and felt being able to tell it to others was super rewarding for her.†

ìI still have really bad days,î she said, ìbut I just cope with it better now.î†

Brainard highly commended the teachers sheís had, saying that theyíve been very supportive. To cope with bad mental health days, Brainard turns to distractions such as music and writing.†