The current state of mictrotansactions 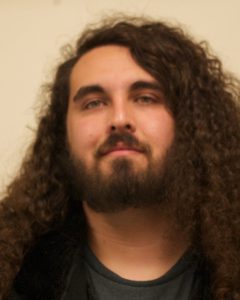 Being somewhat of an old fart in the current gaming scene, I’ve come to expect a few things out of the titles I purchase Ò I expect the game to work right on startup, to run without any massive performance issues, to be relatively bug-free, to not make my eyes and ears start to bleed, and to have the game give me everything for the game right on the disc/cartridge/digital download and not ask for me to pay again for the complete package.

Unfortunately, this is the real world, and none of those things are guaranteed; even that last bit. Asking players to shell out large sums of cash to purchase extra content for a game is nothing new, however. The latest of these attempts in the modern “AAA” gaming scene, however, is the microtransaction.

In simplest terms, a microtransaction is a small transaction in-game of real-world currency to unlock in-game items or bypass certain content. This has been a concept that’s existed in the free-to-play market for ages. Games like Combat Arms allow players to temporarily rent weaponry and character cosmetics for a clearly marked, limited period.

The current method of microtransactions has risen from the mobile scene. Players aghast at a mobile game having the audacity to charge as little as $1 whilst happily purchasing a $5 cup of coffee from Starbucks daily have meant that the developers and publishers of those games had to come up with an alternate monetization solution to keep the game up and running. Most games have advertisement banners in them since they get a cut of every ad shown in-game. But the problem does not lie in the mobile gaming or free-to-play zones; it lies where publishers start to implement them into paid, premium games.

One of the earliest examples of a publisher including microtransactions in a paid game was Dead Space 3 Ò a game that included a crafting system in which players could collect scrap in-game to modify and upgrade their arsenal. Alternatively, they could purchase scrap in-game for real money. Then, in 2015, Blizzard Software released Overwatch, a massively successful class-based, first-person shooter that contained an in-game store for the purchase of what they called “loot boxes:” a randomized blind-box that contained various in-game cosmetic items, ranging from character skins to voice clips and even wall-spray tags.

To the game’s credit, these items can be purchased in-game with earned currency, and loot boxes can be earned in-game through level-ups or by chance. However, it takes approximately 1-2 hours’ worth of non-stop play to gain enough in-game currency to purchase one of the mid-tier. Alternatively, players can spend 10 real-world dollars and get 10 loot boxes. The issue with this is that you have no idea what you’re going to be getting, and the publisher expects you to keep buying them until you get the thing you want.

And it works. The publishers have the numbers to prove it. 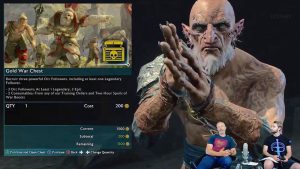 Image courtesy of Monolith Productions
This screenshot from a GamingBiceps YouTube video discusses Shadow of War loot boxes. Becoming more common as a way of earning money from of games’ post-sales, loot boxes and other mictotransactions frustrate gamers.

Fast forward to present day where another large title releasing this month includes a loot box system: Middle Earth: Shadow of War. To finish the game, players must either complete virtually every side-quest in the game to build an army of Orc Warlords, or they can simply purchase enough in-game currency to do so. This locks the game’s ending behind a paywall because the game is huge. Huge games are filled with busywork for those who really want to comb every nook and cranny of the game world to mark another 100 percent completed game from their list. If the player doesn’t have all the time in the world (like most of us) and just wants to complete the story, they’re out of luck. They’re going to have to pay to do so.

One common argument in favor of microtransactions is that these purchases “support the developers” and “help the game’s servers stay up and running.” Neither of these things are true. Developers don’t see a single cent of the game once it goes on sale; they’re salary workers. They get paid monthly, but point-of-sale money goes right back to the publisher. Microtransactions are basically free profit in that you’re paying after the point of sale was made, and all that money goes right into the publisher’s pockets. Microtransactions have made their way into modern paid gaming, whether we like it or not, and it benefits nobody but the publishers who wish to fill their bottom line.

However, should this displease you as a consumer, you have the power to vote with your wallet. You have the power to tell publishers that you don’t support the division of game content, only to purchase it piece-by-piece when you already spent $60 to begin with. Hopefully with enough loud voices, they will listen to us.