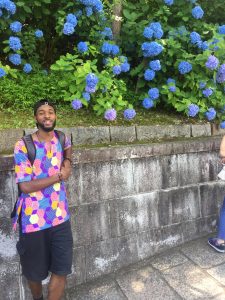 Itís difficult and time-consuming. Most of the time, itís also confusing. Thatís why French students are lucky to have a French tutor.†

Thus, he had to look for job within the school. Luckily, he met RCTC instructor Connie Larson who offered him the job as a French tutor due to his fluency in the language.†

ìI like to see students improve their French throughout the school year,î† said Messou, who began attending RCTC on Jan. 11, 2017.

He also added, ìI really like working as the French tutor because itís fun and entertaining.î

He mentioned that even though he is not a teacher and thus doesnít have the resources necessary to educate students perfectly, he enjoys helping as much as he can.†

So, instead of giving up on the language that interests them, students should take advantage of the resources available to them. If a student is struggling with their French and needs more help, then the French tutor is a wonderful place to go for extra help.