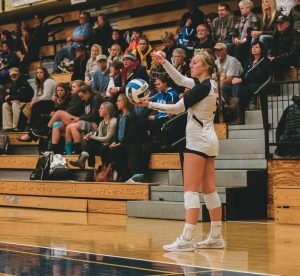 Rutledge, an outside hitter from Hayfield, led the Jackets to a third-place finish in the NJCAA Division III volleyball national tournament. She is a Health Science major considering the RCTC Nursing program.†

She also helped the Jackets to the MCAC Southern Division and Region XIIIA titles.† Rutledge led the MCAC in matches played (33), kills (470), and attempts (1206). She was also first in total points scored (512) and second in points per set (4.7).

On the national stage Rutledge was second in the nation in total kills, seventh in kills per set, third in total points, and 13th in points per wet. She was one of only four freshmen named to the 12-person first team and one of only seven freshmen out of 24 individuals named as All-Americans.