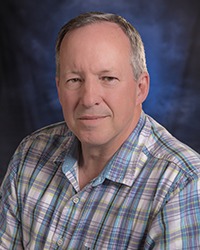 Randy Mohawk – Academic Program Leader/POST Board Coordinator/Full-Time Faculty – Mohawk is currently a licensed Peace Officer. He has served four years in the U.S. Marines and 27 years in Law Enforcement before retiring in 2005. He has a Master degree in Public Safety Executive Leadership through St. Cloud State University, a Bachelor Degree in Criminal Justice through the Metropolitan State University and a AS degree in Law Enforcement through Alexandria Technical College. He currently is a Certified Defensive Tactics Instructor as well as a Certified Firearms Instructor/Range Master. He has been with RCTC since 1996. 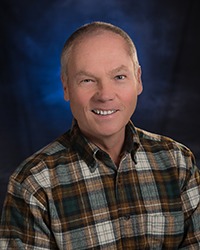 Mark Erickson – SKILLS Program Coordinator/Adjunct Faculty & SKILLS Instructor – Erickson is a licensed Peace Officer. He has 29 years of experience in law enforcement and retired in 2013. He has a Bachelor Degree in Law Enforcement through Mankato State University. His experience within the Sheriff’s Office includes working in the Patrol Division for 15 years as Deputy and a Patrol Sergeant. He has also worked in the Investigations, Training, Civil/Warrants and Courtroom Security as a Sergeant and a Captain and was the Commander of the South East Minnesota Narcotics and Gang Task Force. His experience includes being a RCTC SKILLS instructor since 1999 and an adjunct instructor. His past work experience for the college includes Use of Force Instruction in Chemical Agent, PPCT Management Systems, Basic and Advanced Firearms training, High Risk Stops as well as Crime Scene Investigation. 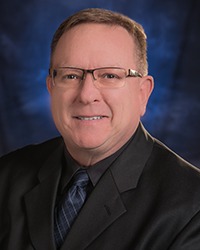 Ken Wickelgren – LAWE CLA, Assistant to the SKILLS Coordinator, EVO Director – Wickelgren is a licensed Peace Officer. He attended University of Minnesota  Mankato and pursued a B.S. Degree in Law Enforcement, from 1983 to 1987. He held the rank of Deputy Sheriff and Detective. He spent sixteen years as a Detective, doing criminal investigation. He attended Skills at Alexandria Technical and Community College. He was a Police Officer for the Lake Crystal Police Department and the Eagle Lake Police Department. He worked for the Olmsted County Sheriff’s Office, from 1987 to 2009. He took a leave of absence, from 2007 to 2009, to mentor Iraqi Police, during the Iraqi conflict. He has been involved with the RCTC Skills program since 1996.

W. David Adams – Adjunct & SKILLS Instructor – Adams is the Administrative Captain of the Adult Detention Center with the Olmsted County Sheriff’s Office. Captain Adams is responsible for the command management of all facility operations consisting of 202 detainees and 86 staff, as well as a 90-bed dormitory style work release facility. Adams experience in corrections extends over 16 years and includes serving in numerous positions within the office, as a consultant for both the Minnesota Sheriff’s Association and National Institute of Corrections and as an adjunct professor at Rochester Community and Technical College. At RCTC, Captain Adams teaches Introduction to Corrections, Ethics and co-instructs various tracks of the Law Enforcement SKILLS program.

Thomas Claymon – SKILLS Instructor – Clayman is a licensed Peace Officer and began his law enforcement career serving as a Community Service Officer for the City of Brooklyn Park, MN and Reserve Officer for the City of Plymouth, MN. He continued to work in these capacities while attending North Hennepin Community College where he later obtained his Associates Degree in Law Enforcement in 1993. Tom then completed his law enforcement training by attending a SKILLS program hosted by Hibbing Community College. Shortly after completing his training and becoming license eligible, he was hired by the Olmsted County Sheriff’s Office as a Deputy Sheriff has served as a Patrol Deputy, SWAT team member, DARE Officer and spent four years assigned to the Minnesota Gang Strike Force as an Investigator and Regional Commander. In 2006, Mr. Clayman was promoted to Sergeant and was assigned as a shift supervisor in the Patrol Division. He is currently assigned as the supervisor of the Civil & Warrants Division. Since 1995, Mr. Clayman has also been employed as an Adjunct Instructor at Rochester Community and Technical College in the SKILLS program. Mr. Clayman graduated from the 230th Session of the FBI National Academy in September of 2007. Mr. Clayman graduated May 2010 with his B.S. from Metropolitan State University and has earned his Master’s Degree from St. Cloud State University in December 2011.

Josh Thompson – SKILLS Instructor – Thompson is a licensed Peace Officer and is a Sergeant with the Rochester Police department. Thompson has been an adjunct instructor with the RCTC Skills program since 2005. He currently teaches the Standardized Field Sobriety Test and Active Shooter classes for skills. He has been an officer with the Rochester Police Department since 2000 and is currently a firearms instructor, and a sniper on the Emergency Response Unit. Thompson has also worked for the Fillmore County Sheriff’s Office, Chatfield Police Department, and Winona County Sheriff’s Office prior to coming to Rochester. He received a Bachelor’s degree in Criminal Justice from St. Cloud State University in 2008 and attended Alexandria Technical College for my skills training in 2007.  Thompson was born and raised in Rochester and graduated from Mayo High School in 1993.

William Sornberger – ADJUNCT & SKILLS Instructor –Sornberger graduated from RCTC in 1980 and upon graduation he was employed by the Lake Crystal Police Department. While working in Lake Crystal, Sornberger attended Mankato State University. He was hired by the Olmsted County Sheriff’s Office in 1984. While employed with Olmsted County, he worked as a Patrol Deputy, COPS Deputy, DARE Officer, Firearms Instructor and Detective. While a Detective, he investigated Welfare Fraud, Sex Crimes and Property Crimes as well as being assigned as the Coordinator for the Southeast Minnesota Drug Task Force. Sornberger has had training in Crime Scene processing, photography, and interview techniques as well as being trained by the MN BCA and NRA in firearms instruction.  Sornberger has taught in the RCTC SKILLS portion of the Law Enforcement program, including Crime Scene Photography and Firearms for the last eight years. Sornberger retired from Olmsted County in 2011, although he still works part-time and remains a firearms instructor for them.

Bert Otto – SKILLS Instructor – Otto is a licensed Peace Officer and is currently works for the Rochester Police Department. Otto received an Associate’s degree in Law Enforcement from Alexandria Technical College and a Bachelor’s degree in Law Enforcement from Metro State University. Otto has worked for the Rochester Police Department since 1998 where he has experience as a patrol officer and narcotics investigator. Otto is an RPD training officer and a firearms and use of force instructor. Otto became an EVOC instructor for RCTC in 2004 and also teaches firearms courses for the RCTC law enforcement program and motorcycle safety courses for the State of Minnesota.

Sergeant Vince Scheckel – SKILLS Instructor – Scheckel is a licensed peace officer employed with the Olmsted County Sheriff’s Office since 1990. He started his Career as an Olmsted County Detention Deputy. He received a Bachelors of Science Degree, in Criminal Justice, from the University of Wisconsin, Platteville. In 1993, he attended the Minnesota Law Enforcement Skills Program, in Edina, Minnesota. He was then hired as an Olmsted County Patrol Deputy. Deputy Scheckel worked as a Patrol Deputy, Youth Services Officers and taught the DARE Program. He also investigated juvenile crimes and was assigned as a Narcotics Officer. After four and a half years in the Patrol Division, he was promoted to Sergeant. Sergeant Scheckel has been a Sergeant for the past seven years. He was a Patrol Sergeant for five years and for the past two years, he has been in charge of the Civil/Warrants/Court Security/Transport Division.  Sergeant Scheckel was a member of the Emergency Response Unit (ERU) for 11 years. He taught DARE for grade school and junior high school for 6 years.

Tim M. O’Brien – SKILLS Instructor – O’Brien is a licensed Peace Officer and currently works for the Winona County Sheriff Department. O’Brien graduated from Mesabi Community College and took skills at Hibbing Vo-Tech. O’Brien worked for approximately one year as a dispatcher with the St. Louis County Sheriff’s Department and then was hired in 1984 with the Winona County Sheriff’s Department. O’Brien has worked as both a corrections officer and patrol deputy. O’Brien was the Safe and Sober Coordinator for the WCSO for 19 years. O’Brien has taught Standardized Field Sobriety Testing and Drugs That Impair Driving for the past 6 years at RCTC and taught Occupational Protection Usage Enforcement for the past 3 years at RCTC.

Travis Riggott – SKILLS Instructor – Riggott is a licensed police officer and currently works for the Rochester Police Department. He received an Associate’s Degree in Law Enforcement from Rochester Community College in 1995 and completed his skills through Hibbing Technical College in Rochester. Prior to a law enforcement career, Riggott worked in Emergency Medical Services for North Memorial Medical Transportation. He has worked for several smaller police agencies in rural Minnesota prior to being hired by the Rochester Police Department in 1997. He has worked as a patrol officer, a Narcotics Investigator and a Person Crimes Investigator with RPD. Riggott has been a training officer as well as a Use of Force Instructor for the department. He currently works as an Investigator in the Person Crimes Division and conducts new hire training for Investigations. He has had extensive training to include; DEA -Narcotics Investigation and Methamphetamine Lab Technician certification. He is also certified as a Cornerhouse Forensic Child Interviewer and has attended Homicide Investigations Training through the Southern Police Institute. Riggott has been an EVOC instructor since 1993 in EMS and became an EVOC Instructor for RCTC in 2000. He has also assisted with instruction on traffic stops and active shooter training for the law enforcement SKILLS program.